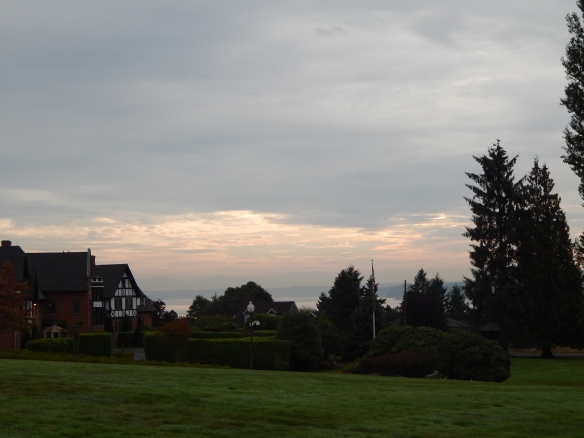 Sunrise over Puget Sound on a misty fall morning. 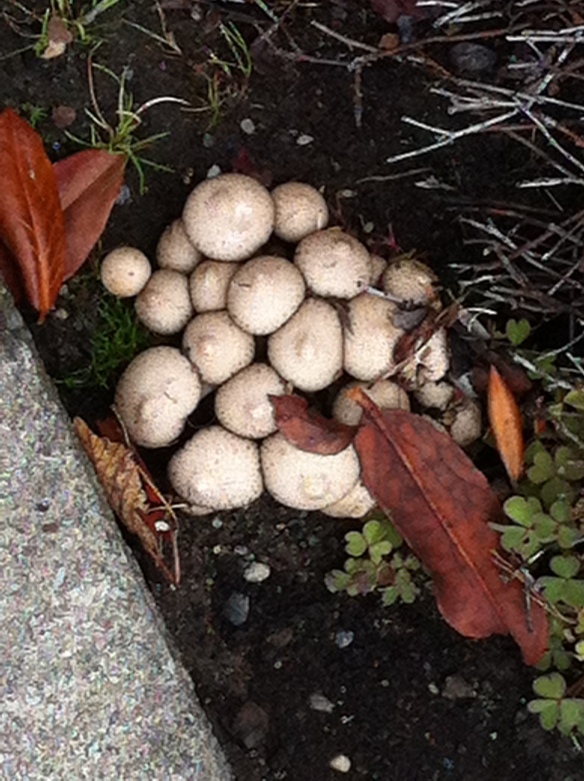 Big Al and me – aka – the Gambler and his Moll 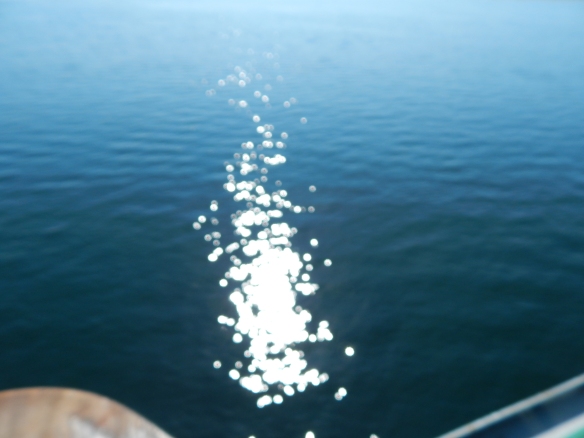 Sunshine on the Sound

The Foss Waterway is dedicated to Thea Foss who was instrumental in creating it.

When we arrived about 10 o’clock it was cloudy and windy, but we had been promised clear weather before noon. There were lots of vendors setting up, as well as several food trucks.

Scattered among the crowd were lots of pirates! Here’s one of the best costumes. 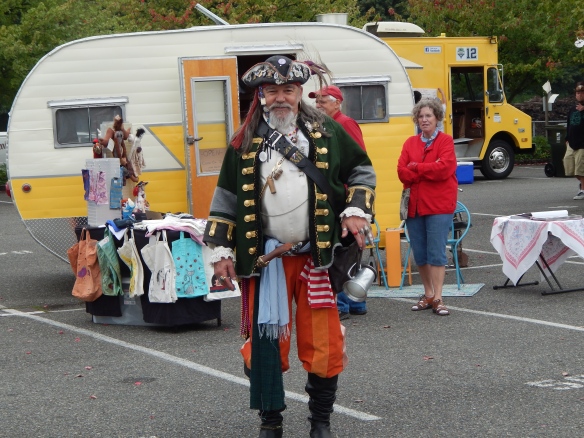 It was a good thing yesterday was International Talk Like a Pirate Day, because I was able to “Aaarrrr…” and “Yo, ho, ho” and convince him to pose for a picture with my friend and me.

There’s a good maritime museum (indoors, so it was nice to get out of the cold wind for a bit), with exhibits of several types of boats and various instruments in use through the years in and around Commencement Bay. 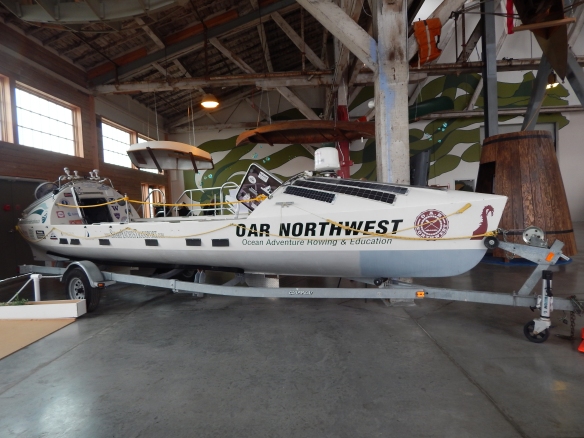 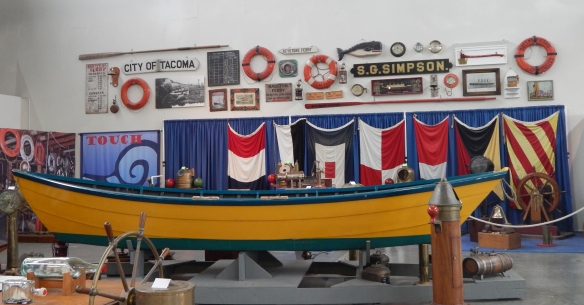 There was also a table with displays of model boats (like model trains) and another display of Legos. The young man with the Legos said he would love to create the whole downtown of Seattle in Legos to scale. My guess is that he will eventually do it.

I know Ray and Kathy would have loved the Legos!

Coming out of the museum, I ran into another set of pirates! 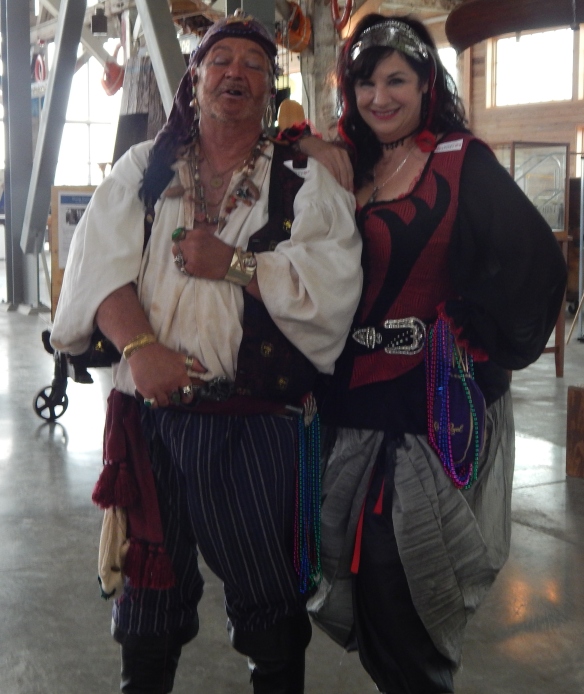 I was able to snag a boat ride on the Island Girl (I can’t believe I didn’t get a picture of her…) We just motored up the harbor and back to the dock. It was great fun just being on the water, and, HEY, it was FREE!

We got to go under both the new bridge for cars and the railroad draw bridge. 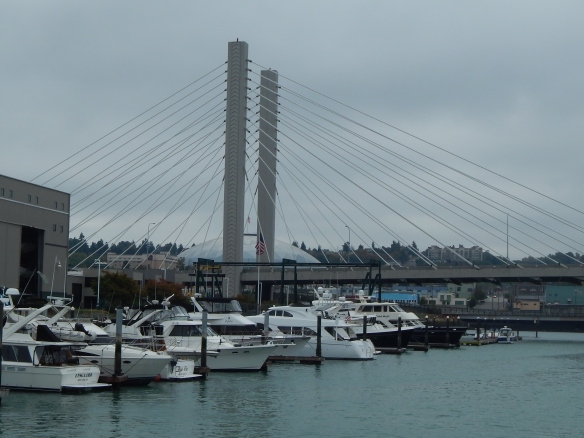 It was interesting seeing downtown Tacoma from the other side, with the Museum of Glass and new condos along the waterfront. 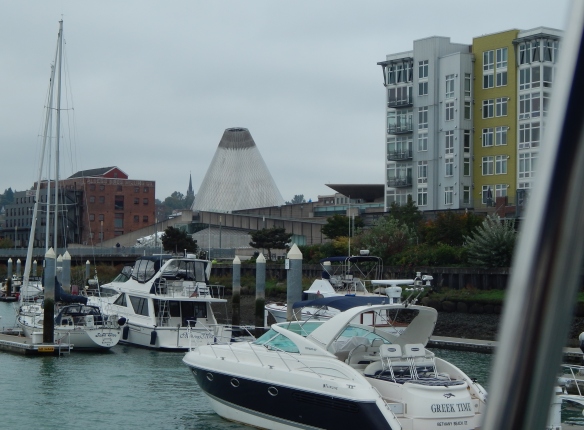 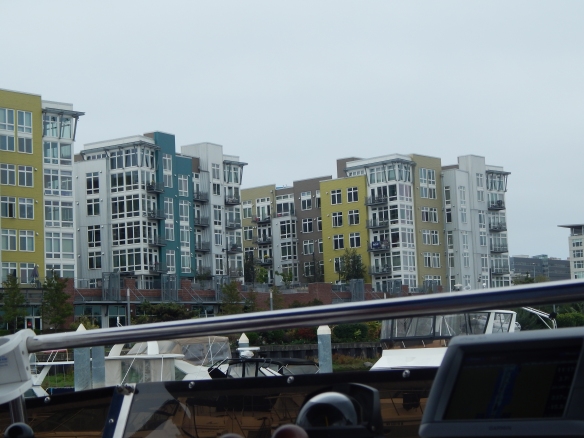 We saw lots of boats tied up – yachts, schooners, and catamarans. 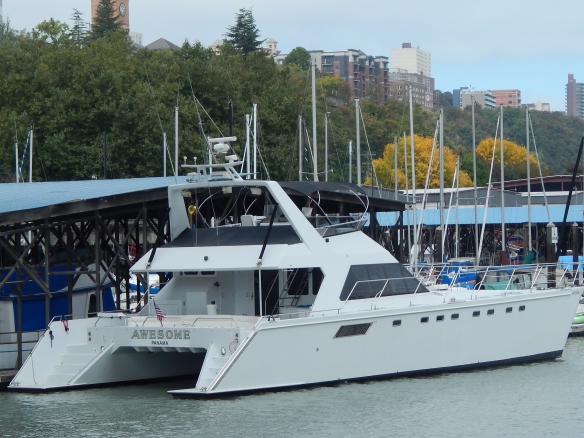 About the time we got back to our berth, the sky started to clear and the sun came out, and I really got warm walking along the dock taking pictures of the boats for sale, the police and sheriff boats, and others that just came to show off – including one from Sitka, Alaska. 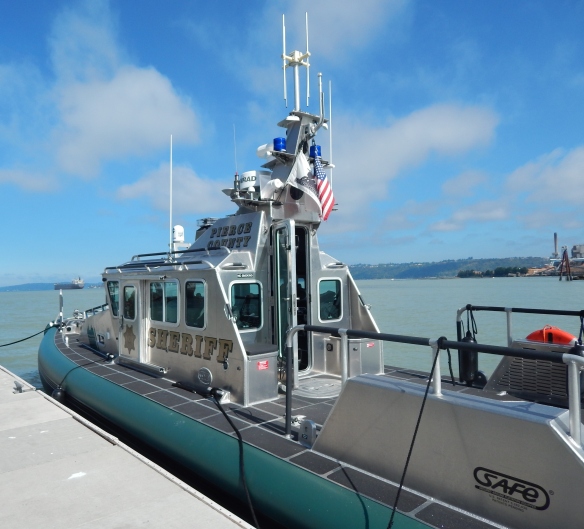 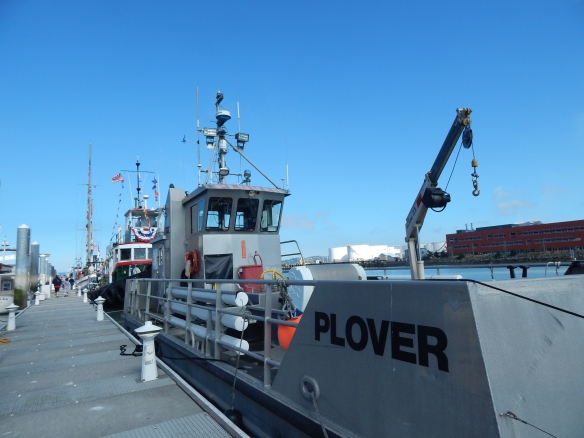 The best part of the day, though, was the smoked turkey leg for lunch. I haven’t had one since the State Fair of Texas three years ago. Yummm.

A visit from the Great Blue Heron

Puget South from my hill.