Mother’s Day. Here’s a retrospective of pictures of Mama that’s I’ve published through the years. 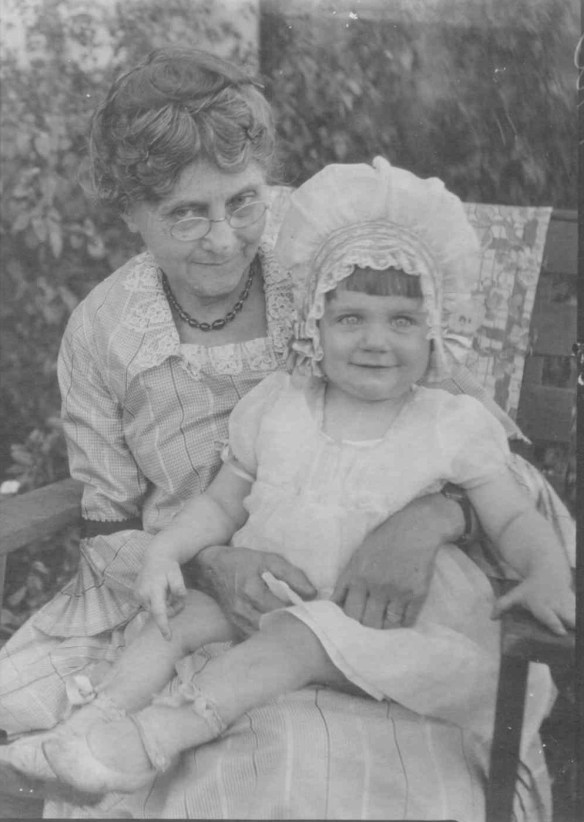 Here is her portrait from Junior High School (about 1932) 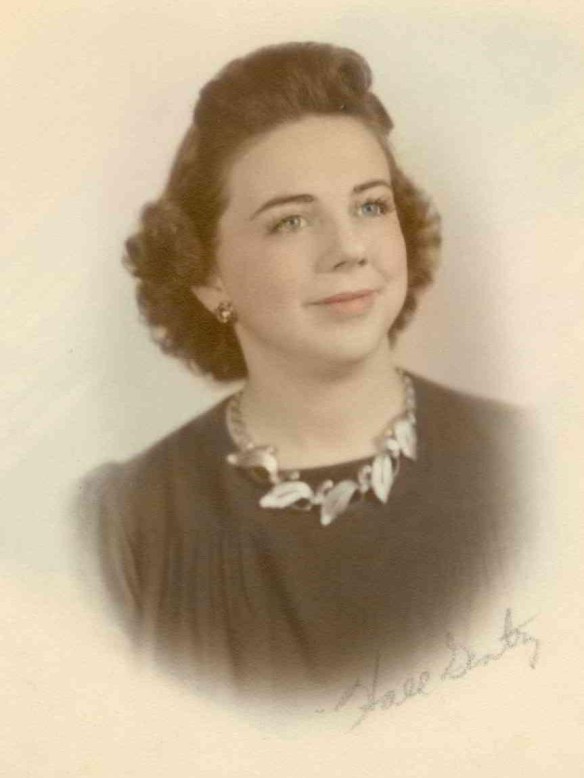 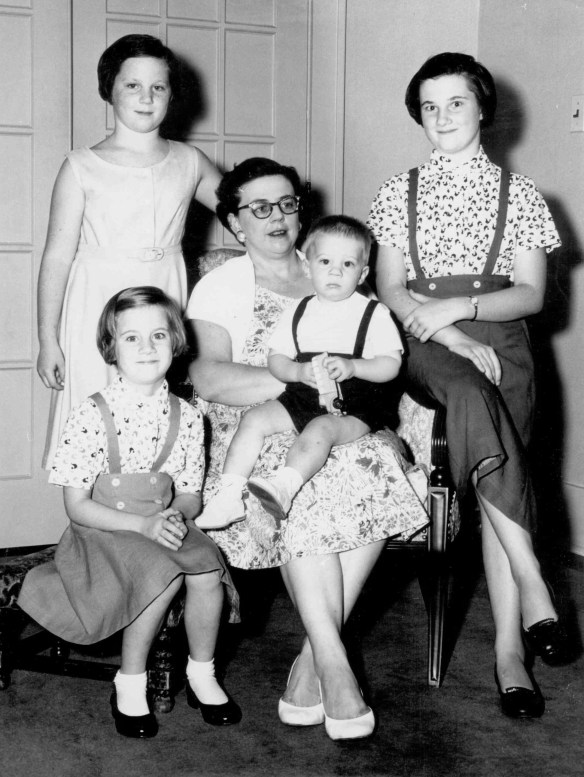 Here she is with all the kids (Harriet, standing, Abbie on the arm of her chair, Betty on the little stool, and Billy on her lap). (Summer of 1956) 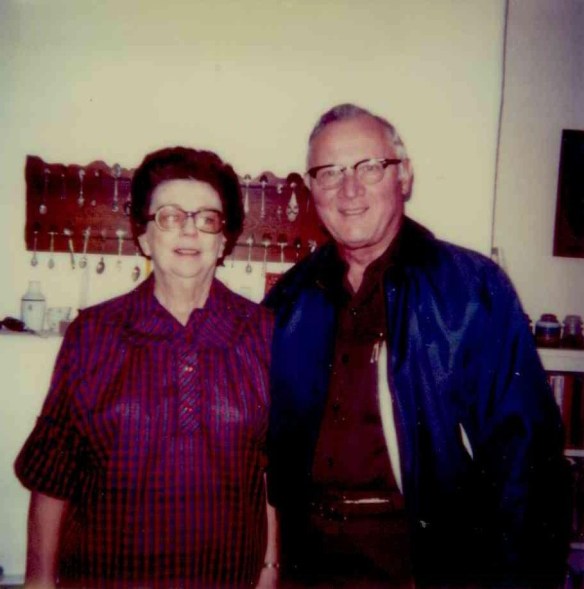 This is Mama and Papa in 1992 right after she was diagnosed with Alzheimer’s disease.

This is the last picture I have of her at Mama and Papa’s 50th wedding anniversary party, in June of 1994.

I still miss her, particularly on days like today, Mother’s Day, February 19th, (her birthday), and June 24th (Papa’s and her wedding anniversary).

Here were my intentions at the beginning of the year. Let me review how I’ve done, so far. (I know, I know, I get later and later. This is for April not May or March.)

RESOLVE (or better yet – INTENTIONS)

I had a decent month with my diet in April, but I had a bit of a set-back when I fell on one knee a couple of weeks ago. I wasn’t able to walk or ride the cross-trainer for about a week, and I managed to gain a couple of pounds. But I got rid of them the last week of April, so that’s good.

The farmer’s market is open, and, although it’s a little early for anything except asparagus, the lure of fresh vegetables is strong. 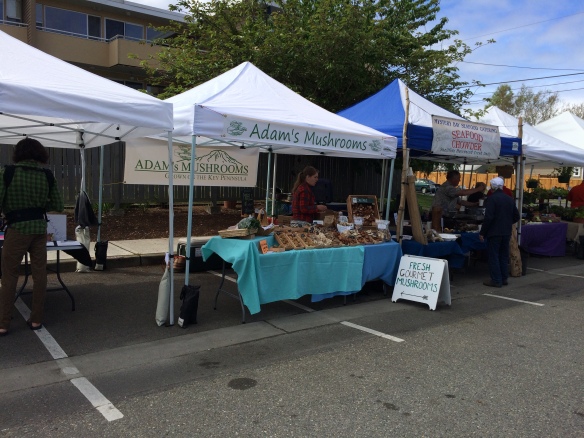 I INTEND to keep on losing (even a little bit) this month, although it will be hard since we’re traveling the last two weeks of May and I won’t really be in control of the food. I will do my best to eat right even though we’re eating in restaurants and on the train.

I’m still avoiding wine, except for the occasional glass when I’m eating out with a group, or at a party.

I still haven’t done any strength training yet this year, but again, I INTEND to. (Yeah, yeah, yeah. One of these months you are going to see this post and find out I’m lifting weights and doing lots of core exercises. Just not last month.)

Except for the week I had to take off to baby my knee, I did pretty well. Even so, I managed to get 200 miles in April (but barely.) I’m afraid I may be short of mileage in May because of time spent on the train and in a car, but I’ll try to get some exercise at stops.

I walked down the hill to the Ruston Way Water Walk a couple of times. A vendor has added a velocipede rental service and folks seem to be enjoying their rides.

I also walked down the other side of the hill to Owen Beach. The kayakers were out in force.

My garden is coming along nicely.

I think I showed you a picture of the artichoke plant earlier. It’s having artichokes! 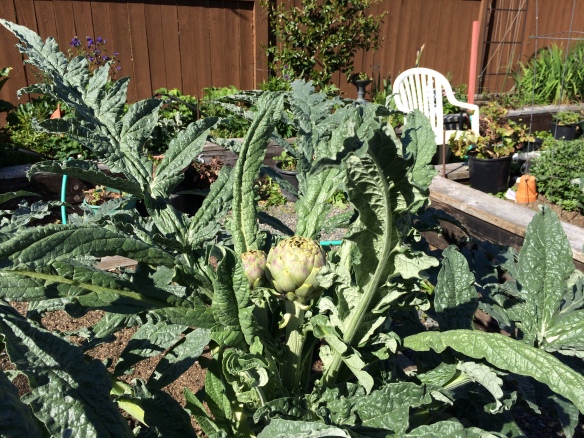 We’re leaving shortly on the Empire Builder to Chicago. Then we’ll rent a car, and visit my cousin just west of Nashville, and get  to Birmingham in time for Kate’s graduation from 8th grade. Then we have several days to tour around (possibly go to Shelbyville, TN to check on genealogy stuff or to Atlanta or Tallahassee to visit friends.) Then Ian will graduate from High School, and we’ll drive back to Chicago to see Ray and Co., and then ride the Builder back to Seattle.

I’m looking forward to the General Assembly of the Presbyterian Church (USA) in Portland in June. What a gift that it will be held on the West Coast. It probably won’t be out here again in my lifetime.

I’ve fallen off with my practice of Headspace, but I still meditate regularly every morning. I credit it with helping me keep my sanity.
I hope to get back to Tai Chi with more regularity. I usually make it to class at least once a week, but life has seemed to get in the way recently.

That’s where I am and what I’ve been doing for the past month. I hope I keep up with you better in May, but don’t count on it.