That’s me (age 2) with both of my grandmothers. I’m not sure if I remember exactly when and where that picture was taken, but I remember both of them.

As we seem to be coming out of quarantine (for real, this time), I’m thankful for the forced isolation. It was a balm to this introvert’s soul. I’m particularly fond of Zoom, FaceTime, Facebook-Live and YouTube-Live that allow me to attend church or lectures in real time, while not having to be in the same place as people who exhaust me.

During this interminable year of quarantine, social distancing, and isolation, social media has kept me sane. The connections provided by Facebook, Instagram, Zoom, Twitter, Pinterest, WordPress, Vimeo, Substack, YouTube, etc., have been invaluable. I am so thankful for this modern world that provides us with friends, entertainment, and opportunities for interaction while remaining safe from the virus..

(It occurs to me that I never posted on November 1st)

For the month of November, I’m going to try to include gratitude in all my posts (and post every day.)

I’m so grateful for my church. The friends I’ve made there, and the sense of purpose they have brought into my life as a “newcomer” has been life-giving. I know it would have been easy to “retire” from life when I retired from work, but, thanks to these folks and especially Pastor Sarah, I didn’t. They have loved me and corrected me and pushed me to keep growing in God’s goodness.

(I’m following these prompts for the 12 Days of Christmas)

The banners in church serve to remind me where I need to place my hope.

For it is by grace you have been saved, through faith—and this is not from yourselves, it is the gift of God—not by works, so that no one can boast. For we are God’s handiwork, created in Christ Jesus to do good works, which God prepared in advance for us to do.

This is our congregation this summer, filling school bags for Church World Service during worship one July morning. We’re a small church, but, I think, we are exceptionally outward looking. You can read the whole story here.

Tomorrow is April Fools Day, and rather than post my One Word for the month and have y’all think I’m pulling your leg, I thought I’d best get it out of the way now.

What did I “Provide” in March? 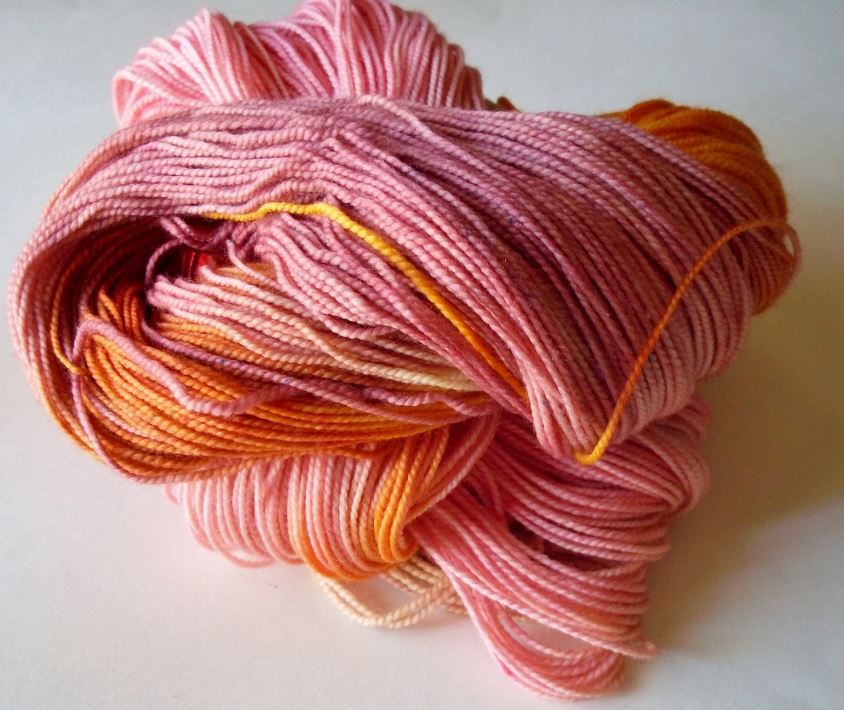 I’m not sure I remember anything else, but I do know that I feel totally busy, and fulfilled. And I think I’m keep my eyes focused outward to see what I can do for others, as well as for myself.

Yesterday and today were really busy.

First we started out with a trip to Key Peninsula for a Cottage Meeting for Bethany Presbyterian Church. After wonderful growth, both with adults and children, over the past couple of years, we have realized that God is probably calling us to do something, and we’re not sure what it is. By wonderful growth, I mean we have gone from an average attendance of 73 to an average attendance of 102 in worship on Sunday mornings. That is a year-long rolling average, so it’s quite a jump.

We have also gone from one or maybe two kids (ages 3-11) to a crowded chancel for Children’s Sermon. We’re still not to the place where we can split the Sunday School class in two, but we’re almost there. So we’re doing a lot of listening to the congregation, and trying to give everyone an opportunity for input. Another really amazing thing – we completed about 75% of our last 5-year strategic plan – and it’s time for another one.

We came home and I had lunch while Big Al had a “wonderful” bowl of chicken broth. He had a colonoscopy scheduled for this morning so he couldn’t eat anything solid yesterday.

I scurried over to the library at Lillian Pratt for our monthly Book Club meeting. We read Barbara Kingsolver’s Prodigal Summer. Everybody said they had a hard time getting into it initially, but once they got the storylines sorted out in their heads they were really impressed with it. Our ratings ranged from 3.5-5 out of 5, and several people said they would read it again, and recommend it to their friends. I was glad about that because I was the one who had recommended it originally. Even people who had a hard time following the stories said that her choice of words and her sentences are so beautiful it really doesn’t make much difference whether you like the story or not.

In the evening I went to Centering Prayer at Bethany. Unfortunately, I was the only one there again this week. It may be time to put this particular activity at the church to bed. If I’m going to be the only one, I can do it just as well at home.

Following that, I went to the inaugural meeting of the Tacoma Worship and Arts Collective. I wasn’t sure what it was going to be, but I was invited by the preacher, and I thought it would be interesting. They had to change the day from Thursday to Wednesday at the last minute, so no one else from Bethany was able to come (choir practice is on Wednesday evenings).

As I said, I had no idea what it was going to be, but when I got there I was at least 30 years older than anyone else in the place. Several of the participants were students at the University of Puget Sound, and the organizers were young ministers. They made me feel welcome though, although I didn’t really have an “art” to offer. I did say that I had a pretty good ear and a decent eye, so I would be glad to help by serving as a loving critic.

The idea of the group is to develop some new Worship resources – three of them had guitars and one was an excellent pianist. There were also a couple of writers/poets, and a couple of girls were interested in drawing and painting, and there were a couple of photographers. We were sort of feeling our way this first time, and we were asked to “create” around a theme of chaos and order. It was probably too large of a concept for an initial meeting, but we had a good time, listening to the guitarists jam, and talking about what was meaningful in worship now. Folks are supposed to finish whatever they started working on last night and bring it to the next meeting in a month. We shall see.

This morning, we were up early (6:30 a.m.) to take Big Al to the Digestive Health Center. We got there about 7:30 and by 8:00 they were taking him back for the procedure. By 9:15 they called me back to talk to him and the doctor, who said he was fine (Praise the Lord). There was one tiny polyp and one small polyp that he removed. Much better than the first time when there were so many polyps the doctor wanted him back every year for three years. It’s been three years, this time, and, depending on what the pathology report shows he can either go three or five years before he has to have another one. They say they quit doing colonoscopies when you get to be 80 years old, so he may only have to have one more! I had one when I turned 65 and could have Medicare pay for it, and they told me at the time that I didn’t have to come back for 10 years – so maybe I can get off with not having but one more. Fingers crossed.

I went to Pierce County Hunger Advocates monthly meeting last night. We are registering voters at the local food banks, and we have been surprised and pleased at how many folks are already voters. Our next big push is the “Offering of Letters”.

You can watch Bread for the World’s movie A Place at the Table on Netflix if you have a subscription. 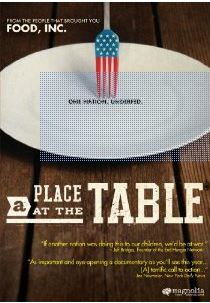 On Friday, Robert Reich’s new documentary Inequality for All is coming to a theater near you, and Netflix will have it available as soon as it is out on wide release. You can put it in your Netflix queue now.

Both of the movies are also available at Amazon and Barnes and Nobles.

I saw this on Facebook today and it seems particularly a propos for our Advocacy group.

Today our Tai Chi instructor was back from an extended study leave, and it was good to be back to live instruction instead of watching a DVD. I really appreciate her and how she helps us all improve and enjoy ourselves.

Tomorrow morning we’re going to a Cottage Meeting to talk about the direction of Bethany Presbyterian Church. That should be interesting.

I had lunch today with Sarah Wiles, our preacher at Bethany Presbyterian Church.

We’re going to be starting a discernment project since the church has grown exponentially over the last couple of years. I was really interested to read MaryAnn McKibben Dana’s blog today about a similar project in her church. I think what she said will be very helpful for us.

We’ve got several new families with kids, and we’re going to need to decide whether to start two separate Sunday School classes for pre-school and grade-school. We are also going to be looking at whether to continue our mission emphases or whether our membership is burned out of those and needs to look at different outreach programs. Or maybe we will decide we want to do it all (but only if there is passion and enthusiasm in the congregation). This is a wonderful time to be in this particular church!

Tomorrow, I’m going to go the Olympia Presbytery meeting. I love going to Presbytery (quit laughing), and I haven’t been to the one out here yet.