The gates at the Chinese Contemplation Garden at Point Defiance Park lead deeper and deeper into peace.

Peace, at all times in all ways.

Bless those who persecute you; bless and do not curse. Rejoice with those who rejoice; mourn with those who mourn. Live in harmony with one another. Do not be proud, but be willing to associate with people of low position. Do not be conceited.

Do not repay anyone evil for evil. Be careful to do what is right in the eyes of everyone. If it is possible, as far as it depends on you, live at peace with everyone. Do not take revenge, my dear friends, but leave room for God’s wrath, for it is written: “It is mine to avenge; I will repay,” says the Lord. On the contrary:

“If your enemy is hungry, feed him;
if he is thirsty, give him something to drink.
In doing this, you will heap burning coals on his head.”

Do not be overcome by evil, but overcome evil with good. 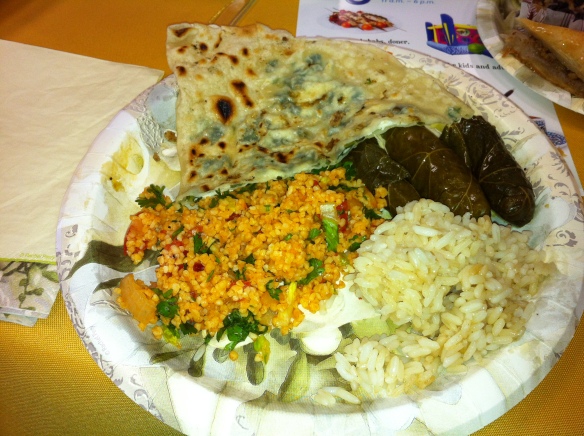 This is a lovely dinner fed to us by the Turkish American Women’s Association (TAWA) in Dallas. Shortly after 9/11, the Muslims (particularly those from Turkey) in Dallas approached many of the Protestant and Catholic churches and the Jewish synagogues  and extended the hand of friendship. They invited us to community dinners, and to dinners in their homes. We were invited to an Iftar (the breaking of the fast during Ramadan) at Alp and Mubarrah’s home. We hosted them at a Christmas Eve dinner after church at our house. We maintained a friendship with them for over 10 years until we left Dallas to move to Tacoma. I miss them and all the rest of the Muslims they introduced us to. I regularly attend an Interfaith Dialogue here in Tacoma with a cross-section of Protestant Churches and one of the Jewish synagogues, but unfortunately we have not been able to connect with the Muslims in the area. Because of the hospitality of our “enemies” after 9/11, I no longer consider them “the other” but as friends.

In the last days

the mountain of the Lord’s temple will be established
as the highest of the mountains;
it will be exalted above the hills,
and peoples will stream to it.

Many nations will come and say,

“Come, let us go up to the mountain of the Lord,
to the temple of the God of Jacob.
He will teach us his ways,
so that we may walk in his paths.”
The law will go out from Zion,
the word of the Lord from Jerusalem.
He will judge between many peoples
and will settle disputes for strong nations far and wide.
They will beat their swords into plowshares
and their spears into pruning hooks.
Nation will not take up sword against nation,
nor will they train for war anymore.
Everyone will sit under their own vine
and under their own fig tree,
and no one will make them afraid,
for the Lord Almighty has spoken.
All the nations may walk
in the name of their gods,
but we will walk in the name of the Lord
our God for ever and ever. 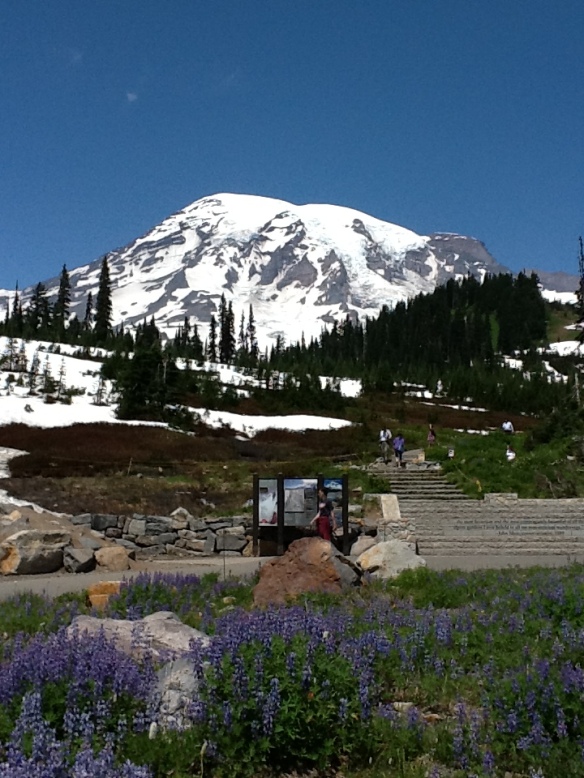 With Mt Rainier looking over us almost every time we step out of the door, it’s easy to remember that Yahweh made his home on the mountains. May Micah’s prophesy of peace, justice, and enough for everyone come to pass this Advent. 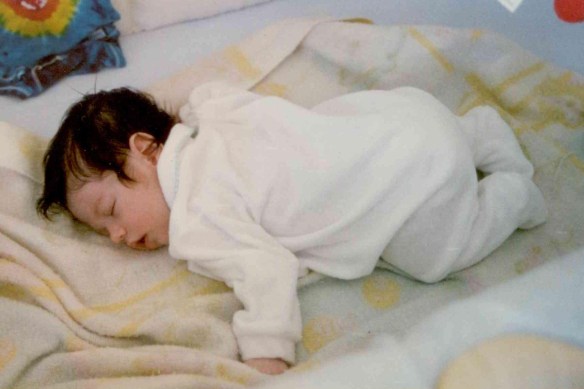 For several years I went on float trips on the Buffalo River in Northwest Arkansas. I took groups of church campers, and I know that Girl Scout troops and Boy Scout troops also canoe on the Buffalo. It’s a small river, just 150 miles in length. It was the first river to be designated a National River, and, as such, it is overseen by the National Park Service.

According to Wikipedia, “The National River designation protects natural rivers from industrial uses, impoundments and other obstructions that may change the natural character of the river or disrupt the natural habitat for the flora and fauna that live in or near the river.” I remember some of the political arguments and bickering before it was declared a National River. It is the last free-flowing (undammed) stream in Arkansas. 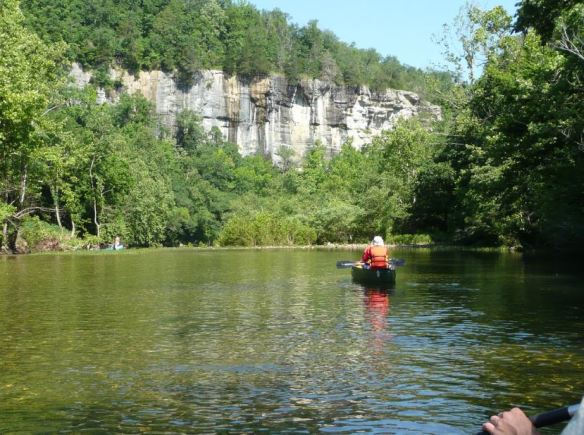 Yesterday, in Sunday School, we were talking about Girl Scouts, and the recently ended cookie sale, and someone began talking about old camp songs. Someone brought up “Peace I Ask of Thee, O River,” and I was immediately transported back to the Buffalo.

(If I’ve given you an earworm, you can thank me later.)

I am still speechless. Thanks to the Presbyterian Church (USA) for reminding me of this hymn.

God, we have heard it, sounding in the silence: News of the children lost to this world’s violence. Children of promise! Then without a warning, Loved ones are mourning.

Jesus, you came to bear our human sorrow; You came to give us hope for each tomorrow. You are our life, Lord God’s own love revealing. We need your healing!

Heal us from giving weapons any glory; Help us, O Prince of Peace, to hear your story; Help us resist the evil all around here; May love abound here!

By your own Spirit, give your church a clear voice; In this world’s violence, help us make a new choice. Help us to witness to the joy your peace brings, Until your world sings!

Isn’t interesting that this pops up in the lectionary the day after the Michigan legislature passed the “Right to Work” laws. “Right to Work” laws are an oxymoron in and of themselves. They really mean “Right to treat workers any way you want without having to worry about unions” laws.

The Interfaith Workers Justice reflection for this week said this:

In many ways we are living (like the Israelites in Malachi) after experiencing presidential elections and waiting for the many changes to come in Capitol Hill. Also after facing natural disasters in the East Coast – it sets a very transitional tone not only affecting our country but those around the world as well.

At this time we are also questioning God’s love and justice. All we have to do is look at the difficulties that workers face, many earning wages so low that they can’t even afford to pay for basic necessities like food and shelter. There is an increasing number of people, for example, showing up at food pantries around the country because they don’t make enough to pay for food. Many times these workers also have limited health insurance benefits or no health insurance at all. We can also take a look at homeless and unemployment statistics showing high numbers.

(Malachi) talks about a messenger, someone who would come “to prepare the way” of the Lord. As we enter into the Advent season, how are we preparing for such a significant event? Are we keeping the commandments? Are we leaning towards those who are oppressed? How are we helping those workers earning low wages? What are we doing for our neighbors? In these verses the prophet challenges us to reflect if we are truly ready to “endure the day of his coming, and who can stand when he appears?” Are we pleasing offerings to the Lord by what we have accomplished?

Remember, Paul says in the text for today

…we appeal to you, brothers and sisters, to respect those who labor among you, …esteem them very highly in love because of their work. Be at peace among yourselves.

Apparently, respect for workers is a requirement for peace, both at home and abroad.

This is the passage from today’s lectionary, but I really prefer the section on which Handel’s Messiah is based (Isaiah 40:1-11), although in this reading you can find many of the same themes.  In this instance, the prophecy is full of threats and a warning of what is to come, where the text of the Messiah is full of peace and comfort to a people in exile.

And the Glory of the Lord

Oh Thou That Tellest Good Tidings to Zion

He Shall Feed his Flock

Reading through this, I wonder at the verses Charles Jennens, the librettist, left out (v. 6-8). They are the opening verses of Brahms’ A German Requiem.

Behold All Flesh is as the Grass

Oddly, I wasn’t able to find any musical setting for v. 10.

I’m a traditionalist around Christmas time.

An Aging Liberal Hippy from the Left Coast
Blog at WordPress.com.
Loading Comments...