The Presbyterian Church (USA) has recently added the Confession of Belhar to its Book of Confessions. It came to us from the church in South Africa, written during apartheid. During this advent, we remember that Jesus was born to a family living on the margin of society. This confession was written by people living on the margins of society. It speaks of hope, unity, justice, and reconciliation. 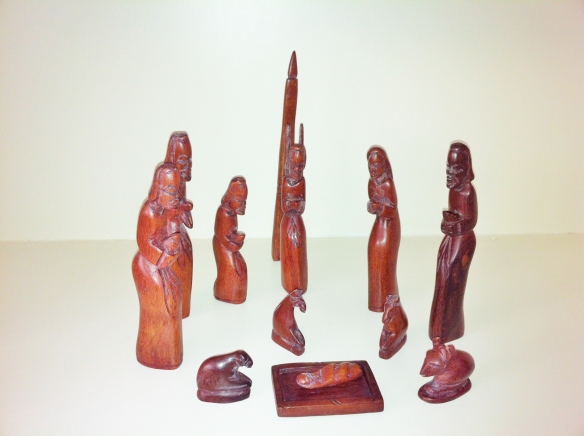 Therefore go and make disciples of all nations, baptizing them in the name of the Father and of the Son and of the Holy Spirit, and teaching them to obey everything I have commanded you. And surely I am with you always, to the very end of the age.”

Text from the Belhar Confession:

We believe in one holy, universal Christian church, the communion of saints called from the entire human family.

Today, I’m thankful that the Christmas lights are up outside, and the boxes of Christmas decorations have been brought in. Now to decorate the tree!

The Presbyterian Church (USA) has recently added the Confession of Belhar to its Book of Confessions. It came to us from the church in South Africa, written during apartheid. During this advent, we remember that Jesus was born to a family living on the margin of society. This confession was written by people living on the margins of society. It speaks of hope, unity, justice, and reconciliation.

The Word became flesh and made his dwelling among us. We have seen his glory, the glory of the one and only Son, who came from the Father, full of grace and truth.

(John testified concerning him. He cried out, saying, “This is the one I spoke about when I said, ‘He who comes after me has surpassed me because he was before me.’”) Out of his fullness we have all received grace in place of grace already given. For the law was given through Moses; grace and truth came through Jesus Christ. No one has ever seen God, but the one and only Son, who is himself God and is in closest relationship with the Father, has made him known.

Text from the Belhar Confession:

We believe in the triune God, Father, Son and Holy Spirit, who gathers, protects and cares for the church through Word and Spirit. This, God has done since the beginning of the world and will do to the end. 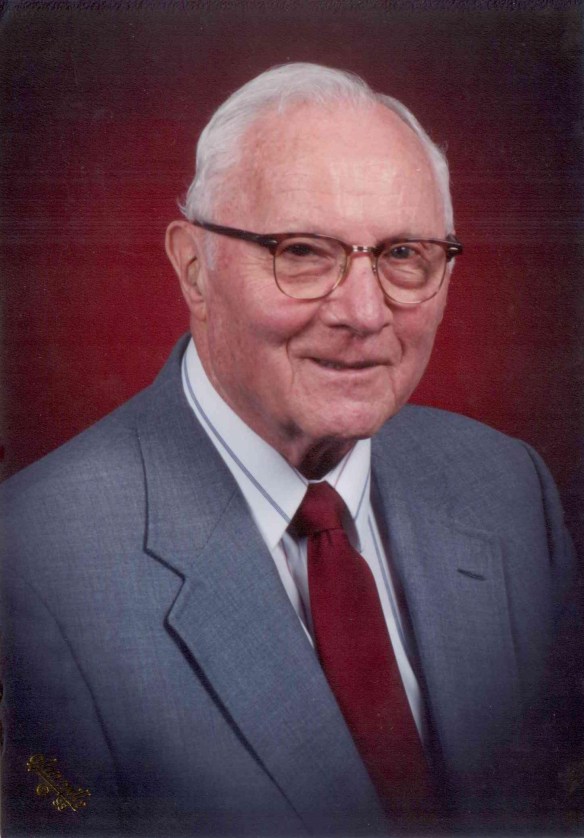 Today was Papa’s birthday. He would have been 104 today. He’s been gone for 7 years now, and I still miss him. I’m so thankful he was my father. 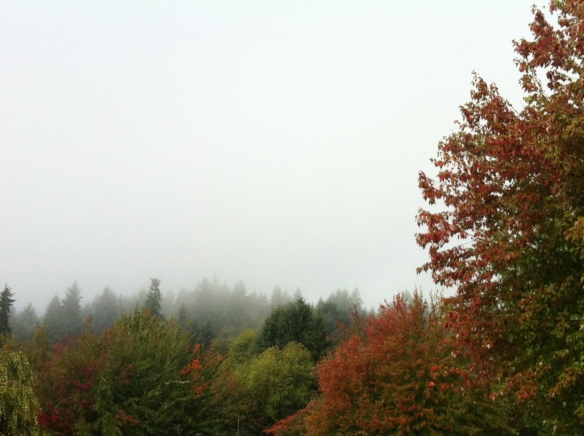 Foggy, icy morning. I’m thankful I was able to walk to my prayer breakfast without slipping. I love the folks from the church that I spend one Saturday morning a month meeting with. 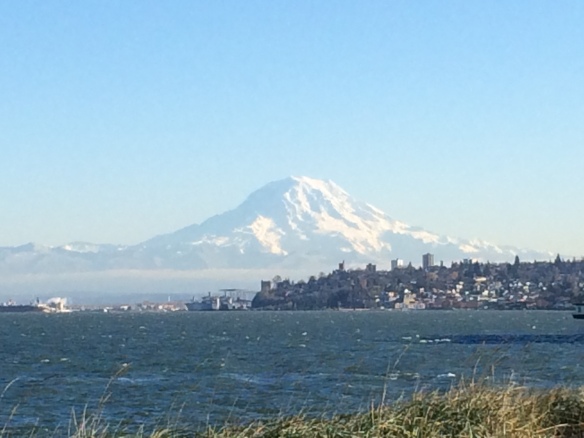 The weather has been amazing for the last several days. I’m thankful I had the opportunity to walk along the Sound and see the mountain again this week, even though the wind was biting and the temperature was hovering around 40 deg. I hope you, gentle readers, aren’t getting bored with my gushing over the beauty I live with every day, because it feeds my soul! 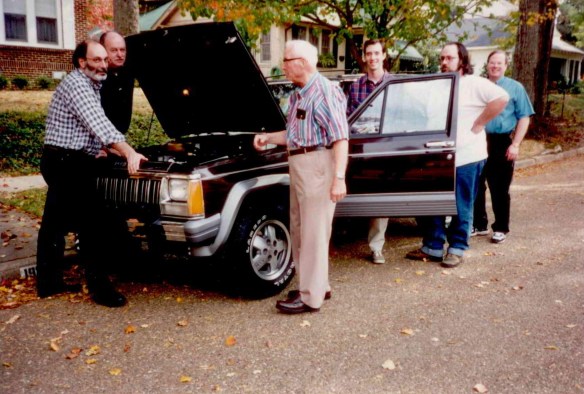 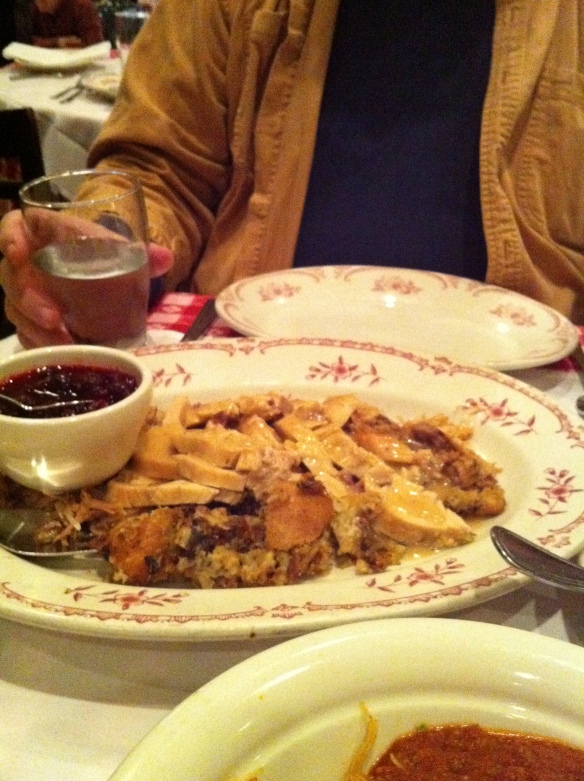 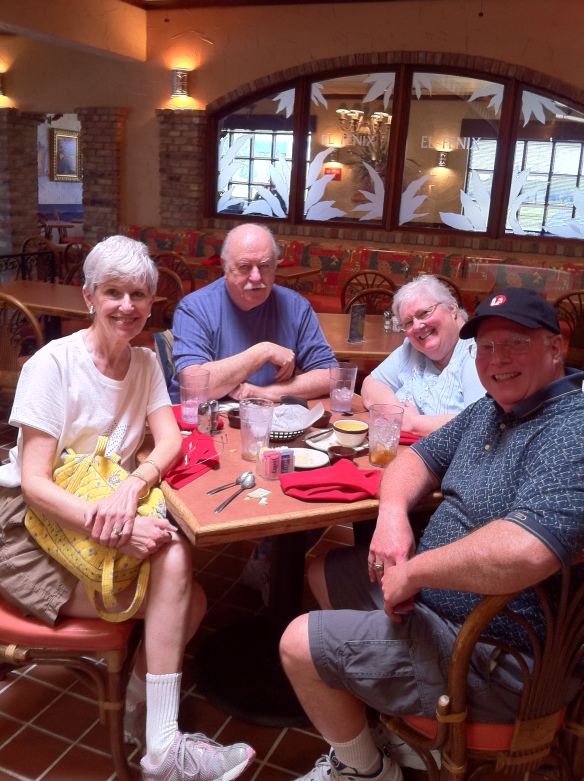 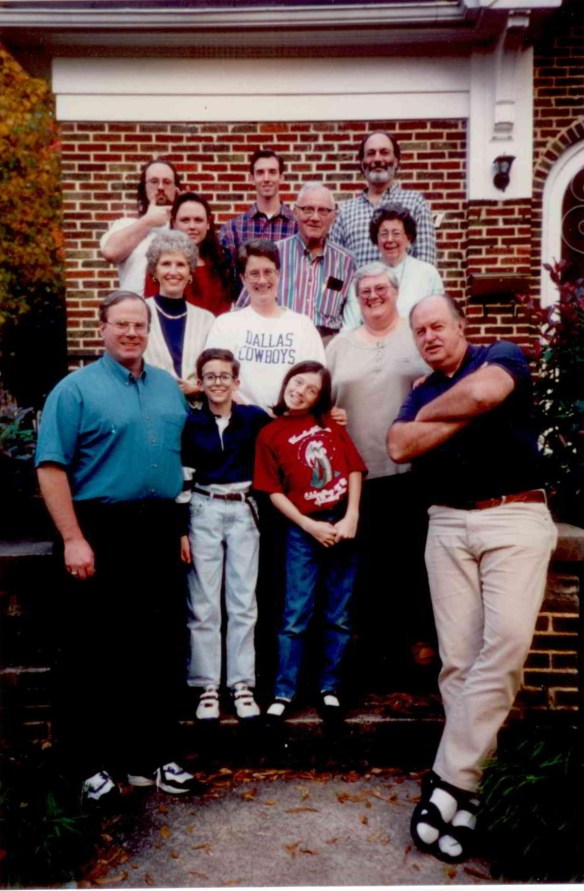 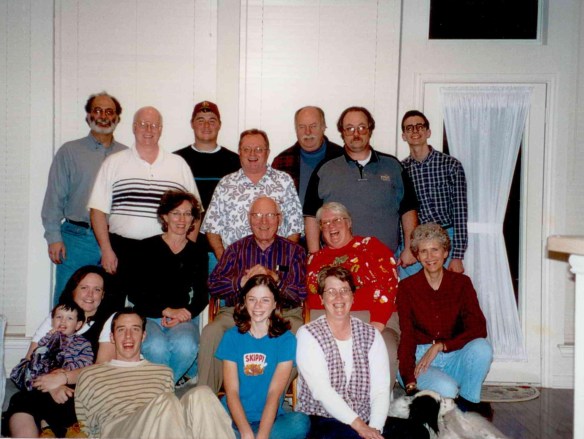 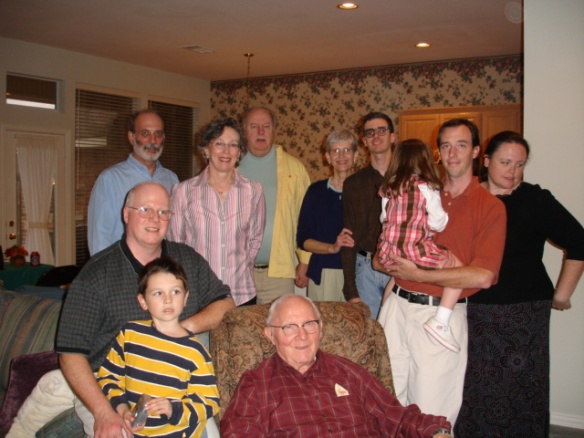 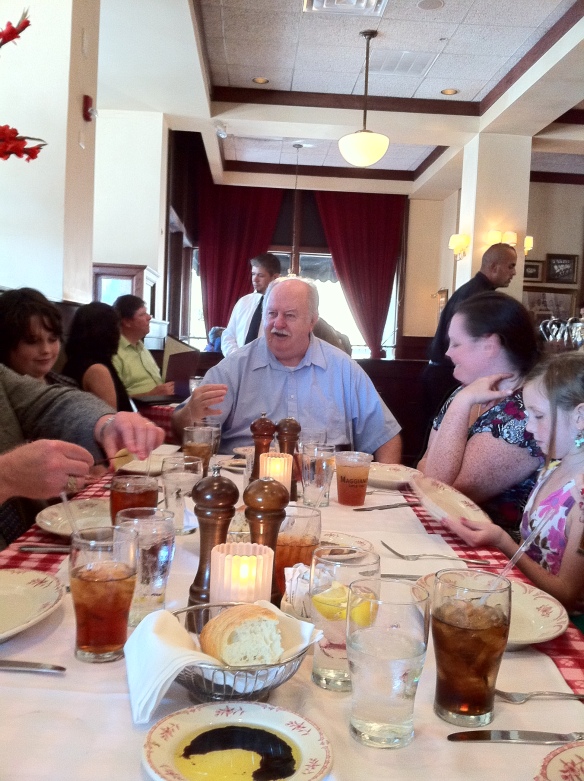 Through the years we’ve been married we’ve had Thanksgiving dinner with friends, family, and just us. We’ve also eaten at our house, at other people’s houses, and in restaurants. In all cases, we’ve been truly thankful for everything we had, and for the wonderful life we’ve led. We have been blessed. 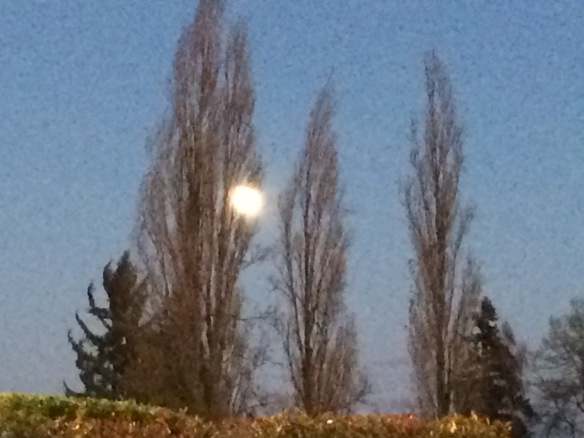 Moonrise behind the poplars. The view from my front door is often breath-taking. I’m so thankful to live in a place where the beauty of the world is available to me at every turn.

Today I’m thankful for a good check-up yesterday from my ophthalmologist. The beginnings of cataracts (but not unexpected at age 71), and otherwise just fine. I’m also thankful that my medical insurance (Medicare and Tricare) covers the exam, if not the glasses, and it doesn’t cover dental. In any case, I’m better off than most folks my age. 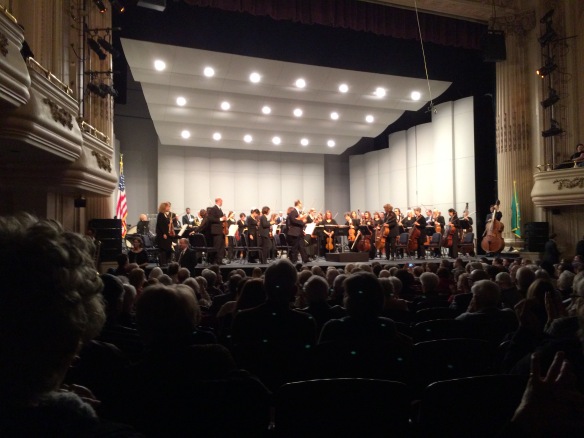 Today I’m thankful for good friends who share good times. One of my friends had an extra ticket to the Tacoma Symphony and offered it to me. We heard the US Premier of a short work by a Spanish composer, Luis Tinoco, entitled Before Spring – a Tribute to the Rite. They also performed Felix Mendelssohn’s Symphony No 5 in D major, op. 107, “Reformation”. The final movement drew heavily on Martin Luther’s A Mighty Fortress Is our God. The most impressive piece was Jean Sibelieus’ Violin Concerto in D minor, op. 47. The violin soloist was Caroline Goulding, and she was absolutely mesmerizing. Excellent live music performed flawlessly.